Elizabeth Seymour, M.D., is a family and functional medicine physician who joined the staff of the Environmental Health Center in 2015. She learned, witnessed, employed and experienced the techniques and knowledge of Dr. Rea as together they examined patients. She has served as a Telemedicine physician, an Emergency Room Physician, and as a Medical Director.

She is vitally involved in the community serving as Board Chair for the Denton Area Teacher’s Credit Union, as President of the Denton County Medical Society, and as a board member of Medical City Denton Hospital. She has served on the Committee to Keep Denton Beautiful and on the Texas Dept. of Insurance Advisory Committee for the Standard Request Form for Prior Authorization of Medical Care or Health Care Services. She also was the Chairperson on the Health Care Innovation Challenge Grant Review, Center for Medicare and Medicaid Innovation. Since 2009 Dr. Seymour has been a Rotary Member, Denton, TX.

Her community service has seen her serve as a volunteer for the Special Olympics, and as a Stephens County Science Fair Judge. She served on the Citizen’s Advisory Committee for Denton ISD, Secondary Schools Subcommittee. She was a volunteer assisting in the Integris Oral, Breast, and Prostate Cancer Screening. She has also been an Emergency Room Volunteer for the Denton Regional Medical Center.

Dr. Seymour along with Long, R., and Mold, J. has published in the Evidence-Based Practice, volume 13.1 (January 20010):4 the article “Osteoarthritis of the knee: Who is most likely to benefit from intraarticular corticosteroid injections, and for how long?”

As Medical Director, Dr. Elizabeth Seymour is a vital member of the staff of the Environmental Health Center-Dallas and is dedicated to restoring and preserving the health and well-being of its patients. 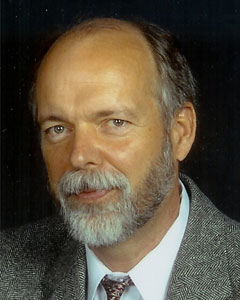 Ron Overberg, Ph.D., C.C.N. (certified clinical nutritionist), works with the nutritional deficiencies associated with a specific diagnosis, or with medications and their interactions. He also offers alternatives to medication when a good, safe, and effective choice is available. Dr. Ron can be reached through the EHC-D clinic, on the web, or email [email protected].

Carolyn Gorman, M.A., is a health educator, widely recognized in the field of environmental medicine and allergies. She received a Master’s Degree in Health Education from Texas Woman’s University in Denton, Texas, and has been actively involved in clinical and environmental health education in the Dallas area since 1983.

Mrs. Gorman is the author of books and booklets for the chemically sensitive, allergic, environmentally ill, and those concerned about protecting our environment. She is co-author of the Mother Earth Handbook. Her other books are Less Toxic Alternatives, Our Fragile World, Fungus, Molds, and Mycotoxins, and Pollen and Dust. 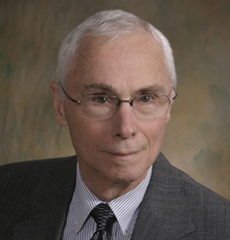 Richard Jaeckle, M.D., a native Texan, completed high school and university in San Antonio, Texas. He attended medical school at the University of Texas Southwestern Medical School in Dallas, Texas, graduated in 1961, and then completed a straight medicine internship there. Missionary interests led to philosophy and theology, followed by two-years in central and southern Brazil. Dr. Jaeckle then returned to the USA for residency training in psychiatry from 1969 to 1972 at St Louis University Hospitals, fellowship in child psychiatry at Washington University Child Guidance Clinic from 1972 to 1974, and then opened his private practice. A life-changing five and one–half years of psychoanalysis during those years prompted his return to Dallas in 1968 and the Dept of Psychiatry, Child Division, for two years.

Dr. Jaeckle enjoyed private practice from 1980 - 2019. He extended his long interest in Allergy further to Environmental Medicine, which includes nutrition, toxicology, endocrinology, and immunology and other related areas.  Dr. Jaeckle has celebrated fifty years of patient
care in Psychiatry.

Dr. Jaeckle's life was transformed in 1957 by learning first-hand the benefits of allergy shots and then tracking food allergy for over 47 years. Subsequently, after a mold-induced immune disorder in 1964, he gained insight to the impact that the environment can have on a person's total health. These experiences led him to complete post-graduate courses in Allergy and Environmental Medicine starting in 1989. Shortly thereafter, Dr. Jaeckle worked with the Pan American Allergy Society, teaching courses and holding Board roles including President and CME director. Additionally, Dr. Jaeckle has worked with the American Academy of Environmental Medicine, giving lectures and teaching courses in food allergy, in addition to serving on the Board as Secretary.

Dr. Jaeckle continues to be enriched by ongoing studies of the internationally recognized gastroenterologist Fuad Lechin MD, PhD, who has to his credit over forty years of research, over two hundred and forty publications, and nomination for the Nobel Prize in Medicine in 2001. He is especially influenced by Dr. Lechin's 2002 publication "Neurocircuitry and Neuroautonomic Disorders," and his 2009 publication of "Crosstalk Between the Autonomic and Central Nervous Systems."

This wealth of experience brings a unique perspective to Dr. Jaeckle's practice of Psychiatry, serving the whole body, mind, and person."