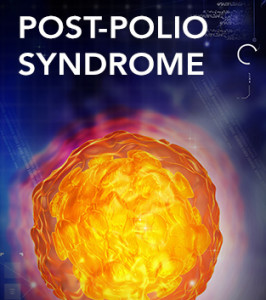 Rea, et al performed a study of 17 post polio patients. Polio history, with symptom and sign scores, was done on each patient.  Each patient was evaluated for the effects of pollutants upon their signs and symptoms.  In so doing triggering agents were discovered.  The effects of pollutants and environmental antigens were studied in a controlled environmental unit.  Testing was performed using cutaneous, oral, and inhaled challenges of incitants in air, food, and water.  Sign and symptom scores were done periodically, and this was continued at home.  The patients were followed for a period of one year to define and confirm the triggering agents and degrees of improvement.

All patients but two could walk with braces, crutches or orthopedic prosthesis while the remaining two were confined to wheel chairs.  All 17 patients had experienced lower extremity weakness as their chief complaint.  In addition, two had upper extremity weakness.  Nine patients complained that pain was as disabling as the weakness.

Dietary and lifestyle modifications including avoidance of harmful foods and ingested or inhaled chemicals such as phenols, petroleum, alcohol, insecticides, and chlorine were carried out on each patient. All but one patient received injection therapy of food, inhalants, and some chemicals.  Often home environments were modified to eliminate or reduce mold, smoke, gas furnaces, routine use of pesticides, and other building contaminants including choices of no volatile organic chemicals in paints and cleaners. This was done to decrease the total body burden.

This one-year study allowed us to understand the importance of incitants, foods, inhalants, and chemicals on the symptoms of these post polio patients.  Following the treatments and environmental and lifestyle changes which were employed, fourteen patients showed marked improvement of their weakness, while eight patients became pain free.  One patient improved then began to experience old symptoms for two to three week periods.  Two patients showed no improvement.

What types of incitants affected symptoms in these post polio patients?

Long term follow-up of the 14 improved patients showed return of a feeling of well being and vigor.  Two patients were able to return to work.

How can the Environmental Health Center-Dallas help me, a post polio patient?

We can determine if you present with a:

We can treat you with:

Give the Environmental Health Center-Dallas a chance to make a difference in your life.